Kathy (Champagne) Peak Gives Back Through NNDHP for Over Three Decades

Kathy (Champagne) Peak Gives Back Through NNDHP for Over Three Decades

“I am honored to have been a part of Northern Nevada Dental Health Programs since its inception.” 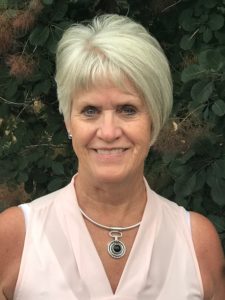 Board Member and Co-chair of the NNDHP/Joel F. Glover, DDS Charity Golf Tournament, Kathy (Champagne) Peak, says it’s a personal gift for her to be able to give back to northern Nevada, the place she says has been so generous to her as a native Nevadan.

Raised in Smith Valley, Nevada, Peak graduated as Salutatorian from Smith Valley High School. She then moved to Reno to attend the University of Nevada, Reno, and has called Reno home ever since.

In addition to becoming involved in Reno’s dental community as the Executive Director of the Northern Nevada Dental Society (NNDS) in 1986, Peak has served a variety of other sectors in the Reno community throughout her career working for the likes of Harrah’s, Reno’s Court System, Stewart Title, Np Energy and most recently as Executive Assistant to Michael C. Dermody, Chairman and CEO of Dermody Properties.

Peak has been part of NNDS’s non-profit arm, Northern Nevada Dental Health Programs (NNDHP), since its humble beginnings in 1985 when it was called the Pediatric Dental Care Program. She has watched it grow from a handful of concerned dentists helping at-risk children to now hundreds of volunteer dental providers serving both at-risk children and at-risk veterans. With thousands of children and veterans helped over the years, NNDHP today is the largest organization of its kind in Nevada and has become a model for other communities.

“I’m so proud of how NNDHP continues to support the dental health needs of qualified children throughout northern Nevada and now also affords no-cost to low-cost dental services to qualified and well-deserving veterans who are denied dental care through the Veterans Administration System and cannot afford to obtain it anywhere else,” said Peak. “It’s a win-win for both our youth and our veterans, two very important sectors of our communities.”

While she recently retired from the corporate world, Peak isn’t slowing down. She still remains active with the NNDHP Board and is dedicated to helping NNDHP’s Healthy Smile Healthy Child (HSHC) and Adopt a Vet Dental (AAVD) programs grow. Along with her Co-chair, Lori Benvin, she recently hosted the widely successful 16th Annual NNDHP/Joel F. Glover, DDS Charity Golf Tournament that this year raised funds to help more low-income veterans get the dental care they need and deserve. Kathy also continues serving on the committee of The Art of Childhood, the largest fundraiser for our local Children’s Cabinet.

Peak says she looks forward to seeing even more growth for NNDHP and is confident in its sustainability, expressing that “the perpetual commitment of our NNDHP Board ensures that both these programs will continue to flourish in the future.”

NNDHP President Dr. Pisani Proud to be a Dentist in Northern Nevada